Blue Monday: The Most Depressing Day of the Year

Posted on 13th January 2022
What a year 2021 was? As the New Year approached we reflected on the journey we’ve been on, the sacrifices we’ve made and the opportunities we missed. There was some good news in the form of the success of the vaccine rollout, the restrictions being lifted and some form of normality returning. Perhaps in the midst of this, you may have made personal decisions, maybe to move away from old behaviours or habits. You might have decided to take on a new hobby or mindset with the resolute commitment of New Year … New Me.
Determined to be slimmer, fitter, happier and wealthier or variations of these themes. We made a pact with ourselves, this time it’s for real. And with uplifted spirits and an enthusiasm for the New Year… New Me we said goodbye to the old year… off we go, lets have a better year. Our mindset is positive, our determination and will power at it’s best and we’ve had a tough year so we know we are resilient.
And then the reality set in, as we return to the usual daily routine the enthusiasm for the bright shiny future we could see on New Years Eve fades. With each routine task it becomes clear that it’s the same life, same problems and challenges. The only thing different is the date. And then there came the third National Lockdown, back to home schooling, working from home and trying to juggle work and home amid chaos and deadlines.
In 2005, Psychologist, Cliff Arnall issued a press release saying that the third Monday of January was the most depressing day of the year. This year that'll be the 17th. He calculated this by using several factors such as weather, debt and motivational levels. A formula was devised to consider these factors however the equation and the pseudo science has been widely criticised. You will hear Blue Monday widely talked about though.
Our thoughts feelings and actions are complex and interconnected. To make a change to your life that is meaningful, sustained and obvious to you and those around you takes significant effort, practice and resilience. If you were facing challenges in your life prior to the festive period, whether they are financial, social or health-related, unless something significant has happened to positively change the situation, a period of intense spending, eating, drinking alcohol and socialising is more than likely going to have added to the problem rather than alleviate it.
At SanaMente, we see people at this time of the year who feel desperate. They have invested energy, time and money in making their Christmas celebrations great, thinking that it will soothe their pre-Christmas distress, repair their relationship or validate their standing as a good wife/husband etc.
The intensity of the desperation varies from person to person. As with all human situations our feelings are there to guide us. All of our emotions serve a purpose and the degree, intensity and frequency in which we feel can indicate if, what and how we should act. Often whilst in the eye of a “desperation storm” the solution cannot be seen, perspective is lost to despondency and a feeling of being helpless and hopeless emerges.
As Blue Monday approaches are you..... 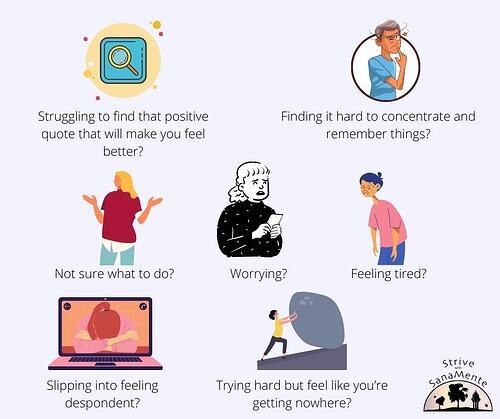 We're sorry to say, there is no magic wand, no instant cure and the suggestion that there is a simple way to solve these problems, I believe is a disservice to the effort the person has already made.
As we live our lives we learn how to do many things very well, we become skilled and experienced, productive and efficient. But we also pick up bad habits on the way and learn how to do those well. These habits may be harmful to us from a health and wellbeing perspective or can lead to us sabotaging our efforts in work or relationships.
We are not promoting quick fix activities. No thinking a happy thought and the world will be fine from us. We firmly believe that for us to be as happy and healthy as we can be a consistent and robust approach to managing ourselves is the way forward. This approach requires us to look at ourselves in an honest, unembellished, and kind way. To accept our life experiences, faults and learning in a way that is helpful to building our confidence, self esteem, and courage.
This approach is called compassion. It involves adopting these principles into you daily life. Take the time to consider how you think, act and feel when you deal with others and when you talk to yourself. It takes time and practice. The more you do it the easier it gets. So ask yourself this question…….
Do I treat myself with compassion? 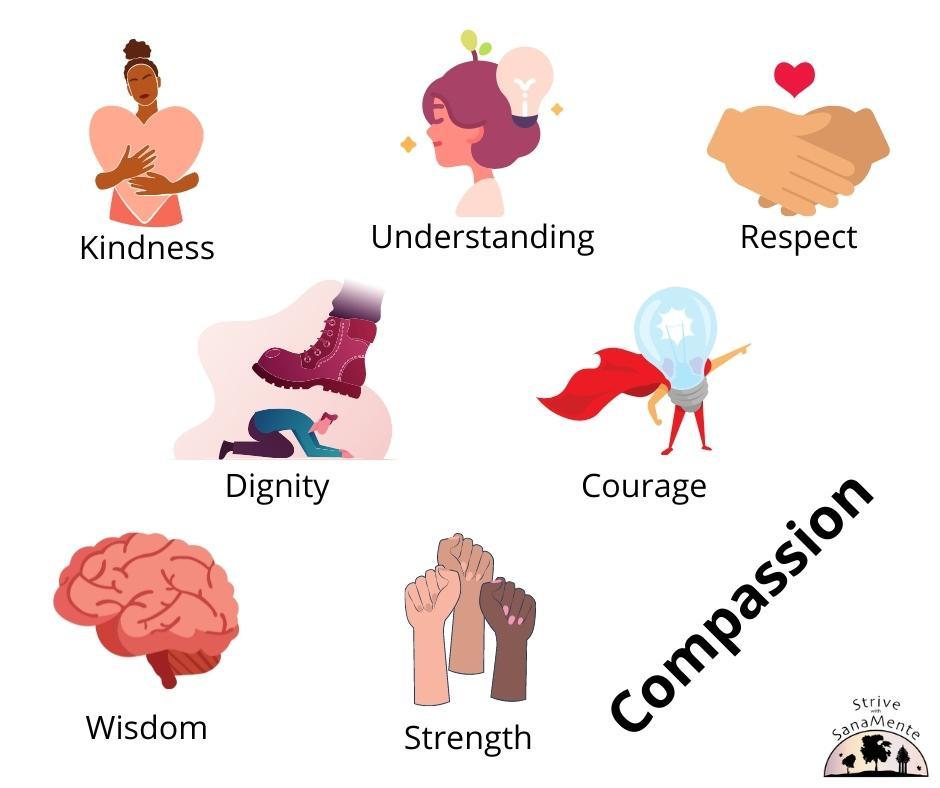 If not, perhaps consider trying to introduce some kindness into your self talk. Think about stopping things that you know are not doing you any good. Maybe practice saying NO and putting yourself first.
You are the only person who will be with yourself for the whole of your life. You deserve to treat yourself with compassion.
Tagged as: bluemonday, depression, mental health
Share this post: